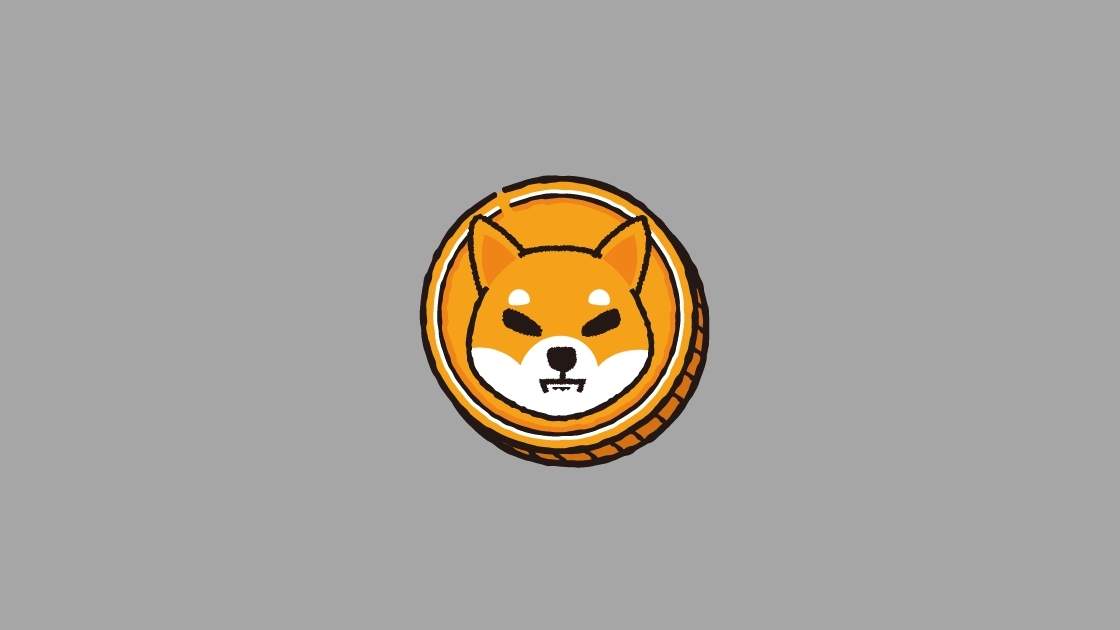 SHIB is a meme cryptocurrency and it was dubbed the Dogecoin killer. It was launched in 2020. In that year it recorded its all-time low of $0.000000000056366. Within a few months, it reached its current ATH of $0.00008616 in October 2021. So, 2021 was quite an explosive year for Shiba Inu with drastic profits for some investors. It turned those investors into billionaires.

From that time the cryptocurrency project started growing great interest among members of the crypto community. Presently it stands among the top 10 cryptocurrencies.

In 2022, the huge cryptocurrency market has taken a beating. After reaching almost $3 trillion in value in November, the whole industry has fallen due to higher interest rates and looming recession spooked investors. Thus some of the most popular cryptocurrencies like the Shiba Inu have been significantly hammered in 2022. However, the supporters of this dog-inspired meme token are not losing hope and they are waiting for it to hit a lofty milestone. So the main concern is will Shiba Inu reach $1.

What is Shiba Inu?

After seeing that Dogecoin lacked smart-contract functionality, the creators of Shiba Inu decided against launching a token in August 2020. They decide to launch it on the Ethereum blockchain for expanding its potential in the world of applications. Thus, Shiba Inu’s native token was invented. It was compatible with the whole Ethereum ecosystem and it opened up accessibility to decentralized crypto wallets and exchanges.

In 2021, Shiba Inu made a huge return. But presently, it is 85% of its all-time high. And it happened due to waning interest. So, Shiba Inu didn’t make much progress to develop a real-world utility that is necessary for a crypto to be viable. The founders of the project have been working to reduce the token supply. Currently, it stands at 549 trillion. Hopefully, by implementing various burning Shiba inu strategies, the price should rise over time. But it is nothing more than financial engineering and it won’t help boost the prospects of crypto.

The challenging landscape of Shiba Inu

To be frank, it is a speculative decision to buy SHIB tokens. To gain value from Shiba Inu it must introduce valuable use cases. Though, it has failed at this. On the other hand, Ethereum is drawing the most developers and capital to its ecosystem. Surely, it will continuously be the top crypto in space. There were some recent meltdowns in the industry such as the collapse of the TerraUSD stablecoin and the bankruptcy of lending platform Celsius. Therefore, regulators will take a more critical stance toward the entire market. It means most tokens will be subject to more stringent laws and oversight. Surely it will be a headwind for crypto like Shiba Inu.

Shiba Inu didn’t have any barriers to entry previously. But it will become more difficult and costly to launch and operate a cryptocurrency in near future. Besides, the macroeconomic environment is changing. The easy money policies of the previous years flooded the economy with capital. Thus the investors chased after returns on the riskiest assets. Undoubtedly it pushed up the prices of the most unproven cryptocurrencies. But presently investors are allocating their capital with safety in mind. Thus Shiba Inu’s upside is limited.

A $1 price target is unlikely

If the price of SHIB shortly reaches $1 per token at some point depending on the present outstanding token count of 549 trillion that will signify that the market cap of the whole network would be the same as $549 trillion. The consulting firm McKinsey & Co. Calculates the global wealth total of approximately $500 trillion by comparing it generally. That is why it is just next to impossible for SHIB to hit $1 for each token unless the blurring strategies come to be fruitful and the investors show their substantial interest in owning the token. The investors think will Shiba Inu reach 1 dollar?

But we believe that this situation will never come and that is why the investors are recommended to keep themselves away from Shiba Inu.

If you are going to get attached to Shiba Inu you have to hear such questions. The award-winning analyst team of ours just disclosed their belief on the 10 best stocks for investors that should be bought immediately. Unfortunately, Shiba Inu was not included in their list.

They have run an online investing service for two decades that is known as Motley Fool Stock Advisor, which has beaten the stock market by 3X. And at this time they recommend 10 sticks that will be beneficial for you if you buy. Will Shiba Inu coin reach $10– it is the common question that arises in the investor’s mind.

Is Shiba Inu better than others?

If you want to get the real answer to this question you have to ask about the performance of Solana, Polkadot, and Matic. They are all layered blockchains that come up with large market caps. They perform just like Shiba Inu or sometimes their performance is worse than Shib.

As soon as Shib began as a Memecoin it became one of the most dynamic cryptocurrencies that were striving to make it more useful in Payment partnerships, Burn, Metaverse, Shibaswap, and many more. You should know that the Shib community has lost a lot of value in the previous few months, but still, it has been quite powerful.

As soon as the overall cryptocurrency market hikes the Shiba Inu will go back up again and it is evident. It is quite easy to outperform a lot of cryptocurrencies excluding the coins that have a small market cap. If you consider it for utility purposes you will find that Shib trails Ethereum as well as Bitcoin. But Shiba Inu, Sibaverse, and Shibswap have acquired a safe place for rising quickly in comparison with other cryptocurrencies only because of their multi-functionality including a lot of acceptance in payments. But the recovery will be based on the recovery of the cryptocurrency market itself which is supposed to be trending lower this year.

Caveats- this is an analysis that is done considering the publicly available information at this point. You will find a particular degree of volatility in the wanted Cryptocurrency for the next few upcoming months.

When Will Shiba Inu Reach $1 Cent?

You will find that Shiba Inu has made a lot of changes in 2022. In 2022 we have found that the SHIB token has lost more than 65% of its market cap. Those who invested their money at the end of 2021 will have to suffer a high loss in most of their investment. At this time Shiba Inu plus is now available for $0.00001173 which means it has been a long way to reach. If it wants to reach the 1dollar more it has to gain over 85000% which is just too unimaginable to think about.

In 2019 Shiba Inu was supposed to be an outstanding investment that helped the previous investors to get a huge return in 2020 and 2021. But there was a sudden lack of utility and the crypto crash happened in 2021, the token lost most of its value due to these consequences. Partially the Shiba Inu became the most well-known meme coin due to the public mention of Elon Musk of the project on Twitter, but it had a huge lack in use that did not let it grow in the new environmental condition. It has been said that Shiba Inu will never be able to reach the $1 mark in the upcoming future by any chance. As per the latest SHIB price predictions, it has been said that there is a huge possibility for the token to reach $0.0001987within 2025 which is still now a long distance from Shiba Inu $1.

Considering the current price if Shiba Inu wants to reach 50 cents it will require to increase of 50000 times which signifies that the market cap of Shib will be also multiplied by 50000 times. If somehow it occurs Shib will not be able to surpass the market cap of Ethereum on which it depends. It somehow seems just next to impossible as per the present situation.

Meme coins are just a trap to attest more investors into the crypto space. You will find Shiba Inu to be suitable for both niches which help to make it an inherently more precious addition to many in comparison with the foremost joke cryptocurrency Dogecoin.

The increasing use case and innovative approach of the digital assets for integrating new crypto sub-sector are completely positive. If the best meme coins are adopted rapidly because of their lower entry bar Shiba Inu is capable of closing to a cent in value. But you may find a bearish flip for seeing it dip to $0.00000964.

Will Shiba Inu Reach $1? Why Did Shiba Inu Crash?

Shiba Inu has sunk again and suffered a loss of 10% of its value in the previous 7 days. The new crash makes investors look at it negatively. The Shiba Inu was crashed for the following reasons:

How to Buy Shiba Inu?

Is it better to buy Shiba Inu?

Interests in digital currencies or cryptocurrencies are presented to showcase risk, and the cost of cryptographic forms of money is impacted by various worldwide variables. Because of the Luna crash, cryptographic money financial backers of late experienced a critical misfortune, and from that point forward, there have been a few requests concerning digital currencies. As an option in contrast to Dogecoin, another image token, Shiba Inu was created. Thus, the inquiry, Is Shiba Inu a protected venture, or is Shiba Inu worth buying, arises.
Responding to this question requires intense wariness since putting resources into digital currencies including cash, and giving some unacceptable exhortation could bring about critical misfortunes.
Shiba Inu was first delivered as image cash, yet its makers are working constantly to shed this mark. Shiba Inu engineers are building their blockchain network, called Shibarium, so they can quit contingent upon the Ethereum blockchain. A few tasks, such as Shibversive and DoggyDao, are intended to help Shiba Inus. Shiba Inu is thus wise speculation from a specialized stance, yet given the present status of the market, you probably won’t see a speedy return.

Is Shiba Inu safe or not?

Shiba Inu is to a great extent viewed as protected cryptographic money. Shiba Inu is based on the demonstrated Ethereum blockchain, making it generally protected from assaults. Plus, as reception and the local area development, the lower the possibilities of Shiba Inu losing significance and going into outdated nature.
Besides the specialized parts of Shiba Inu itself, to guarantee that you stay safe while putting resources into Shiba Inu, ensure just to purchase SHIB from trustworthy digital currency trades. When you purchase, store your Shiba Inu in a safe digital currency wallet. Never leave your cryptographic money coins on a trade for such a long time. 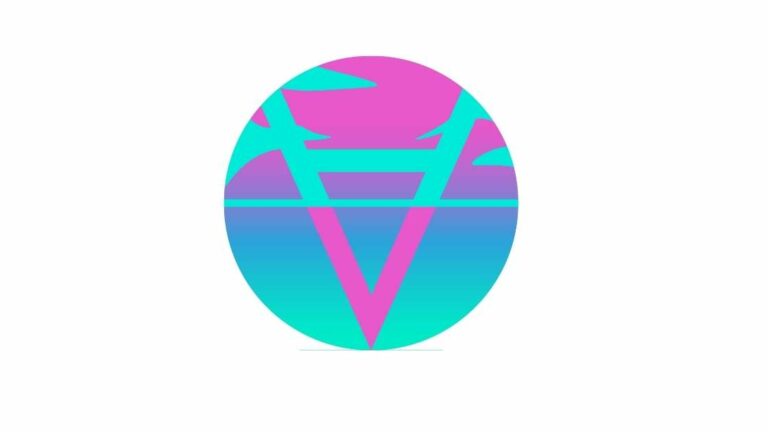 Aurory is a role-playing game that is built on the Solana Blockchain. Yann Penno and Paul Vadillo, experts in the gaming world introduced the game. Penno, who is the brain behind the Aurory animation and the unique design of the game has been working in this field for 14 years. It was first introduced in…